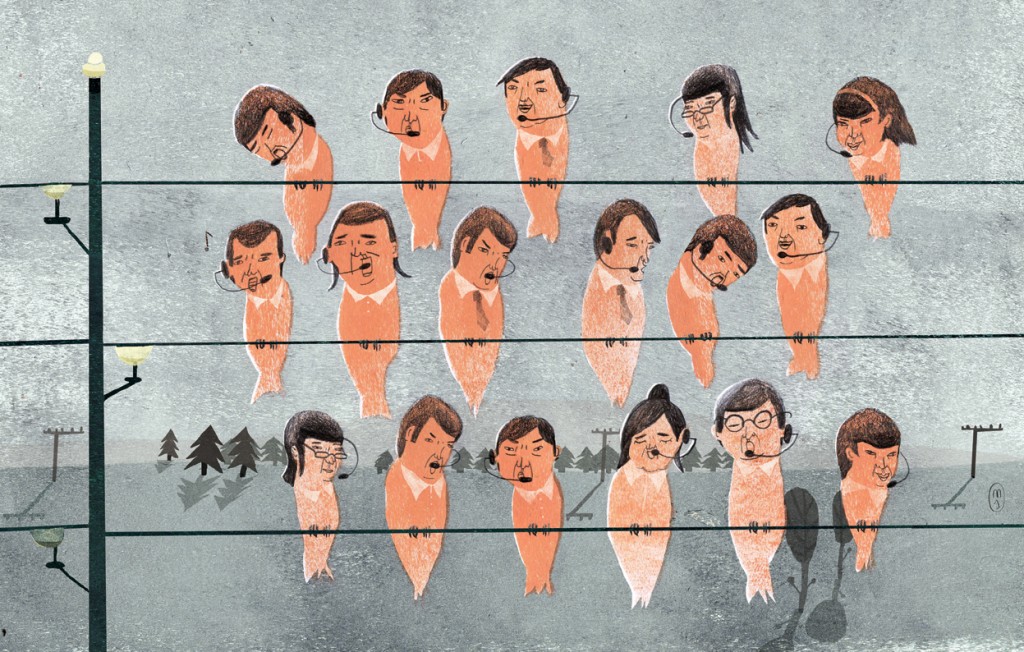 Let’s get ready for another rant by yours truly. Well, isn’t this fun, eh?

I don’t talk about my line of work very often. Mainly because I don’t want to deal with all the judgemental assholes who’ve corrupted our society and whose probable main source of life is looking down on people.

If you’re from the Philippines, you’ve probably heard or even said yourself (shame on you) things like:

I admit—going into the BPO industry (aka call center) was, and still is, not my first choice. And it most definitely is not my ideal job and what I want as my actual career. But since I’m a college undergraduate and here in the Philippines, a college diploma is very important, there were very few options for me. And the one option that would pay most is, obviously, this industry.

Of course, there’s always that option of going back to school and actually getting that degree but that would mean killing myself (poor health, can’t juggle a lot of shit and can’t manage to lose a lot of sleep) and/or killing my family (breadwinner so letting go of my job would mean no money for food, bills, etc.).

So here I am, sitting at my desk, waiting for another call to come in (yes, I’m writing this post while at work) and dreading every minute that I’m here and counting every second ‘till I can finally go home.

Imagine having to deal with stupid people with stupid questions/issues such as: “hey my TV’s not working!” and as it turns out, their TV or STB (that little box that provides them with their cable) is unplugged from the power outlet. Well, duh, of course you’re not going to get anything because it’s not powered on! But I mean, why couldn’t you have checked this first before wasting your time and my time by calling?

Or “why don’t I have internet service???” then you look at their account and you see that the imbecile failed to pay his/her bill for 3 straight months which, of course, caused the temporary disconnection. And yet, knowing this (I doubt that he doesn’t know), the idiot still had the audacity to call and ask why he doesn’t have service.

Then we have these morons who can’t understand simple things like “outage” like it’s some kind of rocket science or something. They can’t understand that we, people who are not even in the same continent as they are, can’t do anything about it. They somehow feel like we have some magical wands on our end and we can simply swish swoosh and everything will go back to the way it was.

And talk about shooting the messenger?

We are, apparently, to blame for all of this! We deal with the endless cursing and name-calling—I’ve personally been called an idiot, a bitch, a whore, a stupid-ass bitch, a fucking bitch, a fucking idiot, a stupid Filipina who’s very uneducated and very stupid (yes, stupid twice in one sentence), and so on. And of course, we deal with racism and racist comments—how are we the idiots and the uneducated when they are the ones who can’t even tell if their TVs are plugged into the power or not or if they’ve managed to pay their bills or not? *endless eye rolling*

This is how fucking stressful working in the BPO industry is. It may not strain us physically, but trust me, the psychological and mental pull is thrice-fold. But still, people think that we just sit around and answer calls—nothing more.

We deal with very difficult people on a daily basis. We deal with degrading comments and endless insults. We deal with clients’ more-often-than-not unreasonable demands. We deal with taking the blame for things that are not even our fault and/or are beyond our control.

And at the same time, we deal with the very toxic environment—the politics (I know every office/workplace has this), the bosses who would much rather kiss some foreigner’s ass instead of taking care of their own people, and the shallow and narrow-minded colleagues who can’t simply mind their own businesses.

Bottomline, working at a call center is no joke. Even the shifting schedule is no joke, especially to one’s health and safety. So I’m tired of hearing other people belittle what I do and the industry that I am in as if it’s as easy as 1-2-3 or anybody can fucking do it so what’s the big deal?

Until you have actually been in my position and have managed to last at least 6 months, then you have no right to say any crap about call centers as a whole and those who are employees of it.

But as bullshit as it may be, this industry pays for my bills, pays for my endless food cravings, pays for my clothes, and definitely allows me to pay for those Chanel lipsticks and NARS blushes. So suck on that.

Side note: I cannot believe that it’s the first of August already. Before we know it, we’re into another year again. Damn.